Our approach to health at A Healing Place is based on Traditional and Classical Chinese Medicine.  In addition to Shiatsu, we may also utilize external herbal applications, Moxibustion, Cupping, or Gua Sha to assist in your health and wellness, if appropriate.
​

Cupping therapy is an ancient form of Chinese Medicine in which a therapist puts special cups on your skin for a few minutes to create suction. People get it for many purposes, including to help with pain, inflammation, blood flow, relaxation and well-being, and as a type of deep-tissue massage.

Moxibustion is a traditional Chinese Medicine technique that is a form of heat therapy in which dried plant materials called "moxa" are burned on or very near the surface of the skin. The purpose is to warm and invigorate the flow of Qi in the body and dispel certain pathogenic influences.

Gua Sha is a technique of traditional East Asian Medicine. Sometimes called coining, spooning or scraping. It produces an anti inflammatory and immune protective effect that persists for days following a single Gua Sha treatment.  It results in the immediate relief that patients feel from pain, stiffness, fever, chill, cough, wheeze, nausea and vomiting, etc., and why Gua Sha is effective in acute and chronic internal organ disorders. 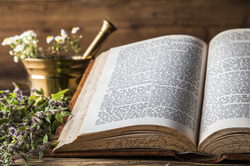 In general, Chinese medicine is a broad range of medicine practices sharing common concepts which have been developed in China and are based on a tradition of more than 2,500 years, including various forms of herbal medicine, acupuncture / acupressure, massage (Tui na), exercise (qigong), and dietary therapy.  It is primarily used as a complementary alternative medicine approach.  Chinese Medicine is widely used in China and it is also used in the West.

Chinese Medicine is mainly concerned with the identification of functional entities of the body (which regulate digestion, breathing, aging etc.). While health is perceived as harmonious interaction of these entities and the outside world, disease is interpreted as a disharmony in interaction. Chinese Medicine diagnosis aims to trace symptoms to patterns of an underlying disharmony.